I was your little shadow

Anything done had fun to be found within
Nothing was mundane, especially when
There were two

You were my first best friend

I was your little brown eyes

Peacemaker who took everything in stride
Supportive, and confident without pride
That is you

You were my universal constant

Being able to say “me too” when it comes to my grandparents reassures me that I’m part and parcel of their living legacy. Those two simple words keep me connected to them, and specifically remind me that Granddad loved “me too.” That deceptively simple phrase was how he responded to “I love you” when one of his girls called him at work. Although he was clearly just keeping things professional, there was a sense that he felt too deeply to risk getting personal. He warned me any time I cried that, if I continued, he’d join me. Seeing me cry was enough to make him cry, and not saying “love” at the office hinted at the real possibility his voice might crack if he let himself say it. He laid the foundation for the most important lesson Grandma taught me, that our choices also affect those who love us. My Granddad was the first father I ever knew, and the best man I could ever hope to know. He exemplified what it was to be a good man yet not by being a man’s man – veteran, engineer, and mountaineer that he was – but by being unabashedly accepting, caring, and creative. Don Dorey proved that real strength comes from within.

As a tomboy and his namesake, my connection to Granddad was strong. When talking to himself (which the best people do), he called himself Dorey and my nickname was Dori so those private dialogs always seemed to include me. We’d take on challenges together and “Get it right, Dorey” or answer the tough questions like “What’re you doing, Dorey?” Grandma was concerned I’d take it personally when he was frustrated too but I’d seen him sign his name, “GD Dorey,” often enough that it was clear who he meant when he swore to himself: “Goddamn Dorey.” Rather than teach me conceptual lessons of right and wrong, Granddad shared more relatable truths; cussing is a privilege earned with age, lying is only for Liar’s Dice, gambling is reserved for Solitaire, drinking is intended for meals or Sock It To Me Time and, like most things, is more enjoyable in moderation. With him, I learned a deeper appreciation for those around me. While Momma inspired me and Grandma reflected me, Granddad gave me a sense of place. As a Dorey, his Dori, I not only belonged but could share that feeling through the ready acceptance of others he personified. Without him, I’m disconnected from a universe he gave meaning to. 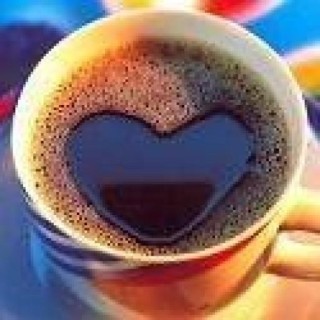 An artist at heart, with a soul invested in truth, which a poet makes; words run through my veins. As a disabled #spoonie, I’m thankful we’re more than the sum of our parts &, as a coffeesister, herein lies my collection of coffee for the soul… 💜 & ☕️

My Tweets
May we be the one wee cloud a blustery day cannot blow away. #tinypoem
Not only a favorite #quotation but my first #creation with #colorfy🎨. #Breathe. | #johnnydepp #quote | #reminder 💜 ☕ 🖍
I absolutely loved this moment of In The Closet with Ami Goodheart; congrats, Ami! 🥰💲🥳
Thank YOU, #Redecor, for allowing me to impact the world thru digital decorating. Who knew?
Thanx for the #fraud, #xfinity (or not). Sigh. Help?